Fountain grew up in the small town of Gravenhurst, Ontario. As a 15 year old Fountain played Jr.C. hockey for the Hunstville Blair McCanns in 1988-89. He was named rookie of the year and made the All Star Team. Fountain was drafted in the 15th round of the 1989 OHL Draft by the S.S. Marie Greyhounds.

After being drafted by the Greyhounds, he was assigned to the Chatham Micmacs Jr.B. hockey club in 1989-90 where he was teammates with future NHL players Todd Warriner and Brian Wiseman. The Micmacs won the Western JR B Championship

Fountain played two seasons of junior hockey in the Ontario Hockey League with the Oshawa Generals and was named to the OHL First All-Star team in 1992. He was also one of the netminders for Canada at that year's World Junior Championships. Following his junior success, Fountain was selected 45th overall in the 1992 NHL Entry Draft by the Vancouver Canucks.

Fountain turned pro for the 1992–93 season, and was assigned to the Hamilton Canucks of the American Hockey League. He established himself as one of the top goalies outside of the NHL with a standout 1993–94 campaign, during which he led the AHL with 70 appearances, 34 wins, and 4 shutouts, and was named to the league's Second All-Star Team.

He became the 19th goalie in NHL history to record a shutout in their first NHL game, doing so against the New Jersey Devils, and nearly scored a goal as well, hitting the post on a shot toward the empty net late in the game. He finished the year with a 2–2–0 record and a 3.43 GAA in 6 appearances.

Fountain left Vancouver to sign as a free agent with the Carolina Hurricanes for the 1997–98. He signed with the Ottawa Senators in 1999 and spent two seasons with the organization as their third goaltender, appearing in one NHL game in both years while performing well in the IHL and setting standards no Griffins goalie has attained since. He was named an IHL All Star in 2000/2001 season.

In 2001, Fountain left North America to sign in the Russian Super League with HC Lada Togliatti and led the RHL in GAA in his first season. He also set the all time Russian shutout record with 14 shutouts in 43 starts. After two years in Russia, he signed in Germany for 2003–04 with the Iserlohn Roosters. He returned to Russia in 2005, playing forTraktor Chelyabinsk, where he won the Russian Championship and was named MVP before re-joining Lada Togliatti in 2006. 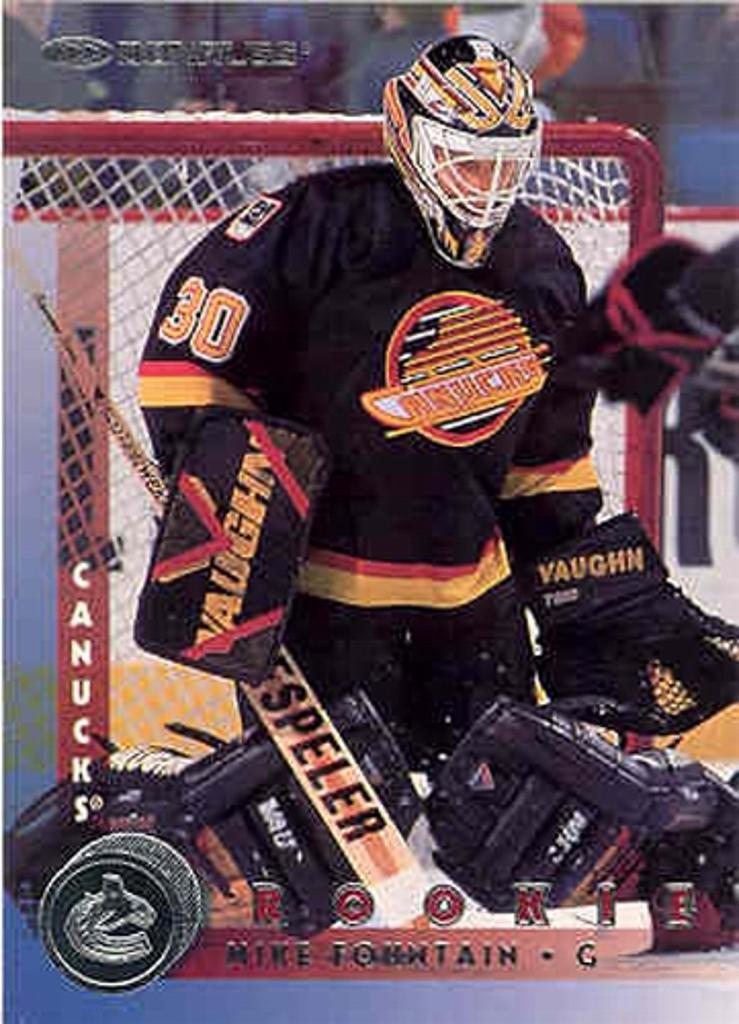